Arcane Reel Chaos is one of a few superhero themed slots from NetEnt. It doesn’t really have the ‘classic’ superhero feel, though. This makes it wildly unique, and something that you will probably want to play.

The Arcane Reel Chaos slot machine is a 5-reel, 3-row slot machine with 20-paylines. The minimum bet per spin is 20p and the maximum is £200, which ensures that as many people are going to be able to play it as possible. It is a game which does veer towards the higher volatility, though. This means that you should not really be playing it if you are kicking about with a lower than normal bank roll.

As I said; this is a game based around superheroes, but it doesn’t really feel like it. The game is a bit darker. Probably DC Comic style. The story is the same as any other superhero story, though. Bad guy is doing something. The good guys want to help them.

The game is very ‘magic’ orientated. I know that there are going to be a lot of people out there who are not a fan of the overall look of the Arcane Reel Chaos Slot, perhaps because they want a bit more colour introduced to the mix, but it is a game that I genuinely seem to love, and one that I highly recommend you have a look at, if only to praise the designers for the brilliant game they have made.

Obviously, since this is a NetEnt slot, it is going to be simple to play. You do not have to worry about complicated features or anything like that. In fact, I reckon that you can easily skip reading the instruction manual for this game, unless you want to check out the pay tables. This is what I love. Games that are accessible to absolutely everybody.

At any time during the game, a bonus feature can occur. These will normally give you a win:

Chrono is something that can only appear on a non-winning spin. The game will keep spinning until you score a win. Each time, the multiplier will creep up by 1x, capping out at 10x when you hit 10 losing spins in a row.

Get yourself three scatter symbols on the reels, and you will get a free spins mode. This is a level based mode, where you will be fighting a villain. If you lose against the villain, the free spins end. If you win, the villain will get harder, but the multiplier will creep higher. There is a maximum of x4 multiplier here.

That being said, I seriously doubt that you are going to be getting that close to this multiplier. This feature is incredibly hard. The villain in this game is like Thanos, only darker (and less purple!). 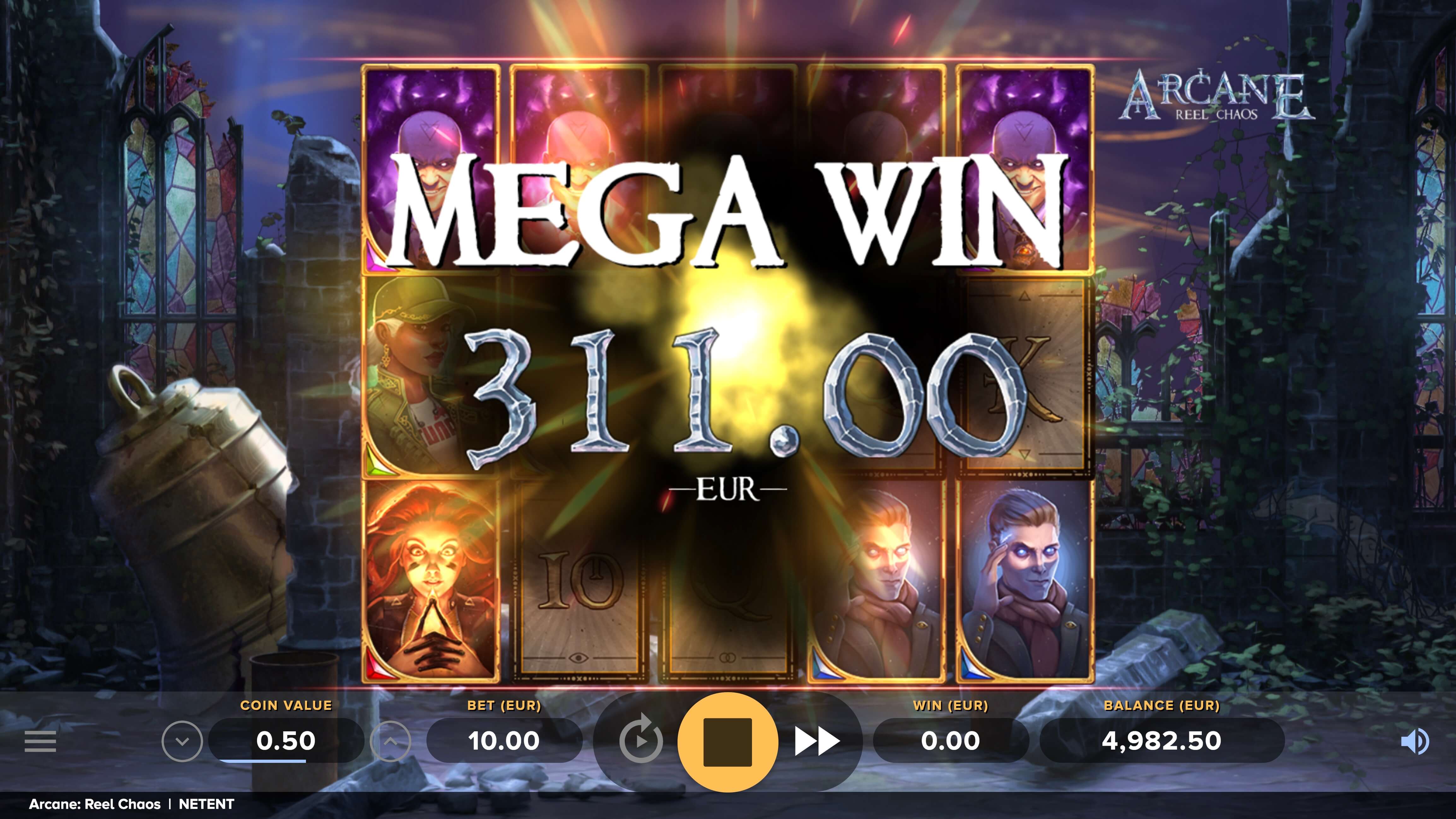 Arcane Chaos Slot is set with a medium variance action, so should appeal to most casino players. The RTP % of this slot is set at 96.81% which is a fraction higher than most Netent slots, which is always a good thing isn’t it?

Obviously, since this is a NetEnt slot machine, which means that the mobile version of the game is going to blow your mind. While the colours of Arcane Reel are probably not as bright as some of the other offerings from NetEnt, they still pop out on those expensive retina displays. The amount of detail that you can still see on even the smallest of screens is absolutely top notch too. This is a game that you are really going to want to be playing regularly on your mobile device.

Summary – What Do We Think

While the theme of Arcane Reel Chaos is hardly the most unique in the world, the game is a tremendous amount of fun. The fact that you can jump in with a low minimum bet (and a higher maximum bet) means that the game is going to be acceptable for everybody who wants to play it. Throw in all those amazing features and you got a game you will want to play time and time again. Check out one of the links below and you will find a brilliant game to play.