Netent’s second slot release for 2019 comes with a witchcraft and wizardry  theme and tons of in-game features. It’s seems that witchcraft, spells and wizardry never gets old when it comes to online slot themes; this isn’t the first and we don’t think it will be the last. Those who aren’t familiar of what this slot may be about from the name alone - well you aren't alone, we needed to brush up on our magic vocab and had to ask What is a Grimoire? Simply put, a Grimoire is a book of magic spells and invocations.

Upon loading up the game, you’ll enter a room with a huge circular window, with potion bottles and dimly lit candles scattered about. It’s a room that Hogwarts would be proud of. The game itself is designed with 5 reels and 40 pay lines. Symbols on the reels include the classic card symbols clubs, hearts, spades and diamonds.

These are the lower paying symbols in the game. The higher value symbols are the insects and snakes wrapped around differently coloured gems (purple, red, green and turquoise) Look out for the skull symbol too, this is the games “Wild” symbol and this symbol which will replace all the symbols on the reels (except for the mystery symbol and scatter symbols). 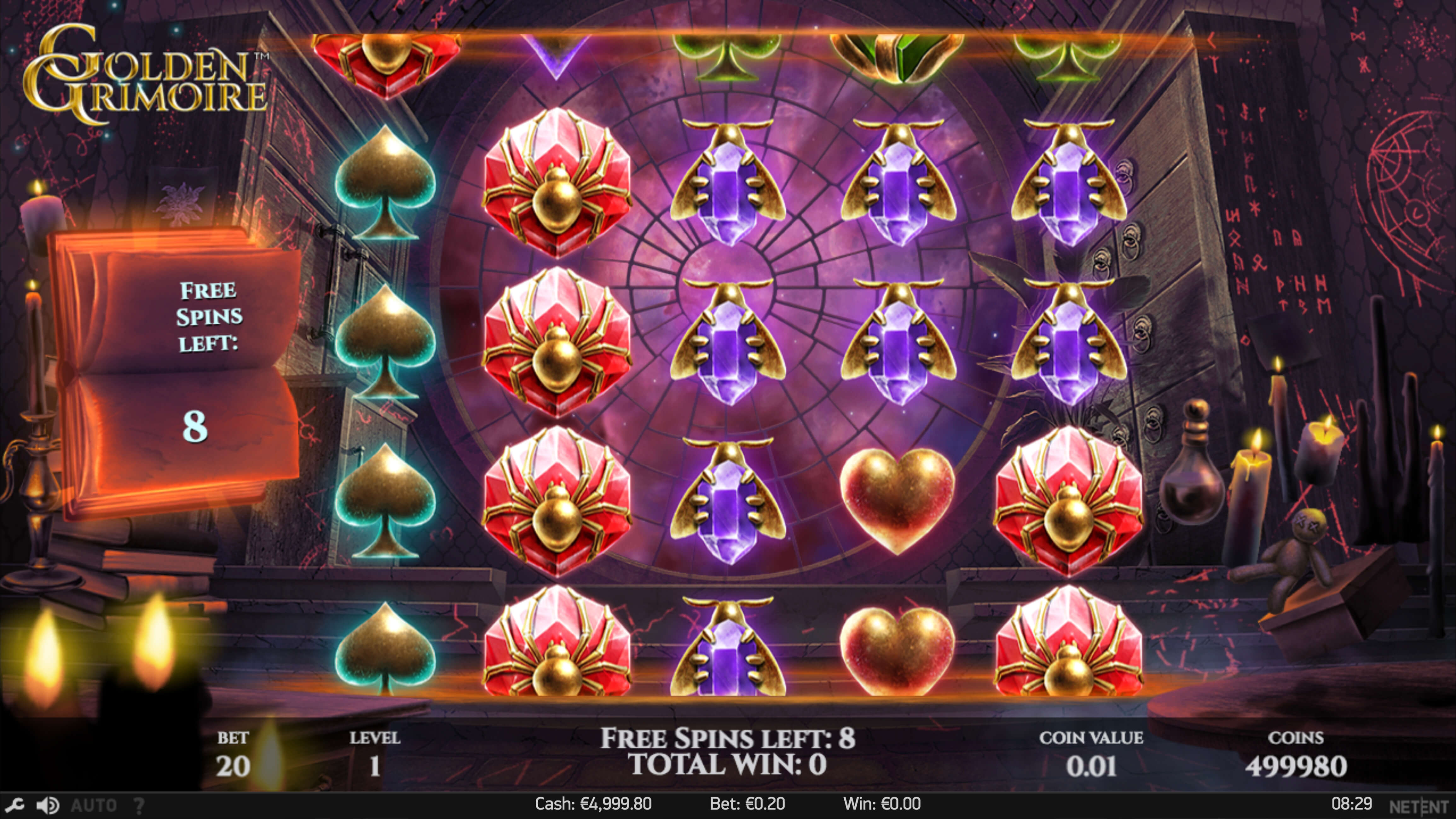 It's All Hiding in the Mystery Feature... 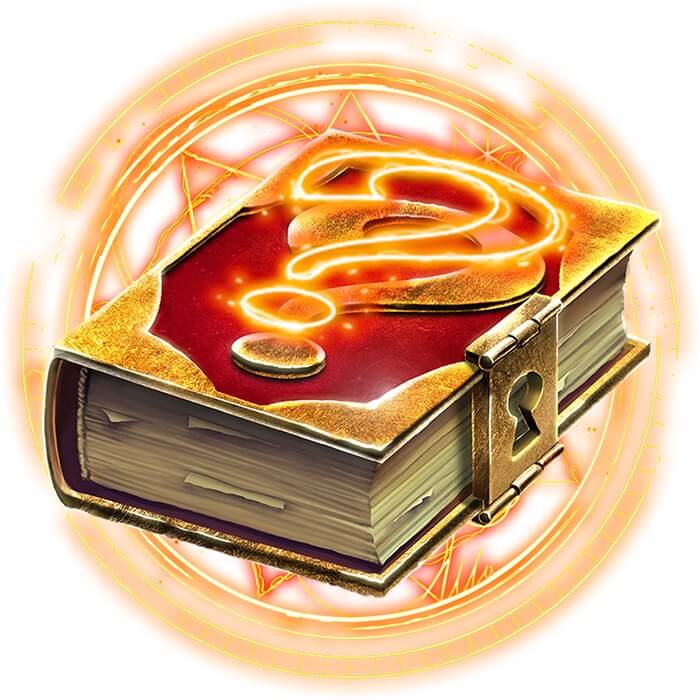 One of the main features within Golden Grimoire slot is the Mystery Symbol feature. It’s triggered when you land one or more “spell book” symbols on reels 3, 4 or 5. All mystery symbols on the reels will be converted into that selected symbol, which can be a Wild symbol too, (which can result in huge wins) But! that’s not everything.

You see, if the transformed Mystery symbol is the same as the symbol on the far left of the same row, then all other symbols in between the two will become Mystery Symbols.

So, if the selected symbol is say a Wild, then all symbols between the Mystery Symbol and the most left symbol in the row will convert into Wilds (no matter which symbol appears on the first reel). This is where you can expect the larger wins in the game.

...And The Golden Grimoire Free Spins

The sticky mystery symbols will function in the same way as the Mystery Symbols which appear in the base game, but they will remain in position for the whole duration of the free spins game. So, for example, if the Sticky Mystery Symbol transforms into a Wild symbol, you’ll get sticky wilds for the remainder of the free spins which can result is massive wins.

Load up the game on whichever device you prefer, this game has been designed with all devices in mind (Laptop, Tablet & Mobile and all operating systems including iOS and Android). You can set your bet from as little as £0.20 to £400.

Golden Grimoire Slot offers an RTP of 96.44% which means that it falls within the average range for return to player value of most online slots.

Golden Grimoire is also classed as a low variance slot, which means that players can expect small, regular wins during their gameplay.  The larger wins (x20 – x200 your stake) can be found during the free spins game, but since this is a lower variance slot machine, you need to have a bit of patience.

What's Our Verdict On This Game?

As far as Netent slots go, this game is definitely worth a play, but there’s nothing ground breaking going on here. The game offers attractive graphics and a fitting soundtrack but we feel is petty similar to some older games from Netent, like Magic Portals slot. This game is perfect for those starting out or want to play low variances slots, but for some, this game won’t get you going as there is no jackpot and a lower max win. You can of course check the game out for yourselves, where you can play for free (in fun mode) or for real at our recommended and respected UK Netent casinos below.