100% up to £100 Welcome Bonus
20 Bonus Spins on Fruit Shop Slot
Visit
The welcome offer is valid on 1st deposit only and can only be claimed once. Minimum qualifying deposit amount is £10. Bonus spins received with your first deposit are to be played on Fruit Shop. The bonus must be wagered x35 times on real money games before any winnings can be transferred or withdrawn. New Players Only. Deposits made via Skrill or Neteller are not eligible. Full T&C’s Apply. 18+. T&C's | BeGambleAware®

Yet another slot in the NetEnt range of Fairytale Legends. This one is based around the Snow White story, but it is going to be wildly different to the Disney movie you grew up to love!

As with all the Fairytale Legends slots we have seen so far; Mirror Mirror is an easy game to jump into. It has 5-reels and 243 paylines. You can get started in the game from as little as 10p per spin, with the maximum bet hitting £100 per spin, which is actually a bit on the lower side for NetEnt.

Rtp % & Playing Tips You Should Know

This is a medium to high volatility slot, so do not expect regular wins, but when they do pop up, they are fantastic.
The one major concern we have is that the prizes during the base game are not that high. The Fairytale Legends symbol is the highest paying symbol in the game, but it only awards you 15x your stake if you get five of them on a line.

Yes, the bonus rounds make it a bit more lucrative, but it would have been nice to have slightly higher-valued prizes in the base game, because everybody knows that no matter what slot you are playing, triggering those bonus rounds will be rare. The Rtp % of Mirror Mirror Slot is set at 96.48%. 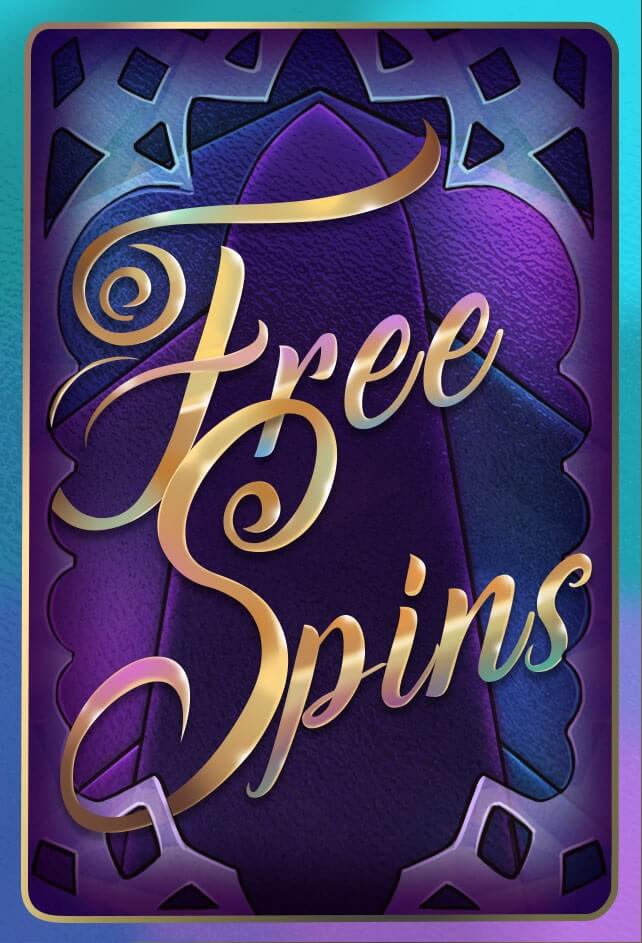 Obviously, Disney did not license the Snow White name to NetEnt. However, this game is as far removed from that movie as possible. In fact, it is based on the centuries old fairy tale of Snow White.

This means that you can expect it to be a bit ‘darker’ that what you are used to. It certainly feels like it too, although it is not the ‘darkest’ slot in the Fairytale Legends range. It has cartoon characters, which are lovely.

The game is set in a lavish enchanted forest, with Snow White bopping her head along as the beautiful reels spin. The only real issue that we have with the whole look of the Mirror Mirror slot is that the final reel is irritating.

The first four reels will spin into place, and on every spin, the final reel will chug along for a few seconds longer. Sure, we get the build up to hopefully winning big, but it is really, really annoying.

There is a whopping seven features packed into this slot, which makes it the most action-packed slot in the Fairytale Legends series so far.

The first three features are randomly triggered features. This means that they could pop up on any spin, and they are surprisingly frequent too.

Maybe not the most lucrative features in the world, but any extra cash is fine with us: 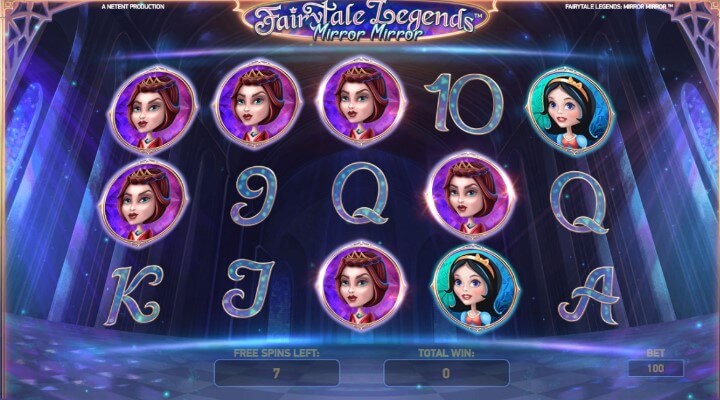 The bonus round is triggered when you get 3 bonus symbols on the reels at once. There is also a chance that it could be randomly triggered during the base game, albeit very rarely.

You get to choose which feature you want:

Honestly, the coin win is the safest option here, but the free spins and mining feature tend to be the most lucrative. Whenever we play Mirror Mirror, we always go for free spins...because we love them!

As you can probably tell, we absolutely loved the Mirror Mirror slot machine. It provides action on each and every spin, even if that final reel spinning every time is drastically annoying. However, it does pay out nicely on occasion, and you are going to have a tremendous amount of fun spinning the reels and hoping that the bonus feature pops up.

All the sites below are places which offer the Mirror Mirror slot machine, and all of them are going to be tremendous places to play. Boot up any one of them, and we know that you are going to have fun. Don’t forget to take advantage of those whopping casino bonuses!